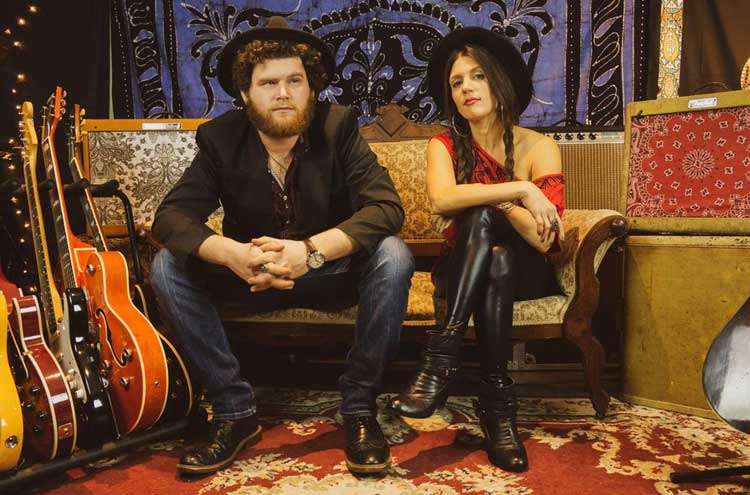 Halifax Blues-Rock power duo, Christine Campbell and Blake Johnston have been building a name for themselves. Entertaining audiences with their soulful tone, 60s and 70s rock style guitar riffs and bewitching vocal harmonies.

Opening up for some big names, like Burton Cummings, Steve Earle and Bob Segar.

2020 was a challenging year for all musicians, but, there is always the darkest before the dawn.

2021, they released their new self-titled EP, Campbell & Johnston’s Black Market Band. This new record produced by Johnston himself, adds a touch of their old school rock influences with a modern twist on blues and soul. The record went on to be nominated for “Blues Recording of the Year” by Music Nova Scotia and East Coast Music Awards.

As well, the single, “Don’t Leave Me Hangin’” received placement on the CBC tv series, Strays.